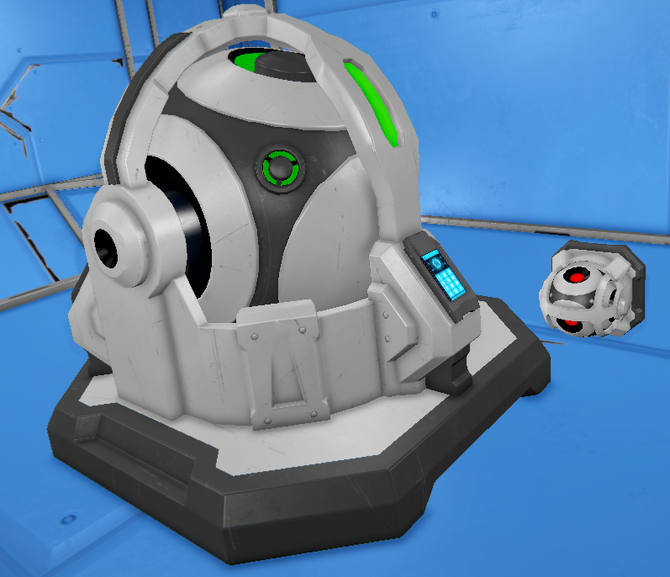 The addition of a

Gyroscope to a ship will allow it to rotate in place on any of it's axes. This rotation is called pitch, roll, or yaw depending on the axis.

It is also plays a key part in stabilization of a ship, keeping it still, even when no one is manning the cockpit. Note that the reactors and inertial dampeners must be switched on for it to work.

It should be noted that having too many Gyroscopes may make a ship difficult to fly for some users, as they increase the control sensitivity due to the increased turning power. This effect can be mitigated by either reducing the number of Gyroscopes installed, or by adjusting the Gyroscopes' sensitivity in its control panel.

The more mass a ship has, the more Gyroscopes will be needed to achieve the same amount of turning sensitivity.

The three principal axes of a ship are the vertical, horizontal, and lateral axes. These are normally referred to as X, Y, and Z respectively. 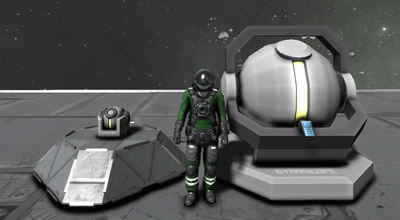 It has been suggested that the dimensions of a ship, not only the number of gyros, have an effect on the rate at which the ship can turn. In 2013 that appeared to be the case. (source) As of 2014, it was reported by a developer that in order to make ships behave in predictable ways for the player, rotational acceleration in all three axes are made uniform to the lowest value of all three. (source)

Retrieved from "https://spaceengineers.fandom.com/wiki/Gyroscope_mechanics?oldid=13521"
Community content is available under CC-BY-SA unless otherwise noted.